Java software allows you to run applications called "applets" that are written in the Java programming language. These applets allow you to have a much richer experience online than simply interacting with static HTML pages.

Java Plug-in technology, included as part of the Java 2 Runtime Environment, Standard Edition (JRE), establishes a connection between popular browsers and the Java platform. Java allows applications to be downloaded over a network and run within a guarded sandbox. Security restrictions are easily imposed on the sandbox.

# Security Baseline -
* 6u17 specifies the 1.6.0_17 version security baselines for use with Java Plug-in technology.

# Performance Improvements
6u18 introduces improvements in the following areas:
* Faster jar File Creation
The fix of a long standing bug related to jar file creation has greatly improved creation time. For example, for a given jar file, it is possible that you might see a creation time improvement in the range of 20 percent. (Refer to 6496274.)

* Ability to Read Larger .zip Files
- As of this update release, it is possible to read .zip files of sizes up to 4 gigabytes.

* New JNLP Extension Security Dialog
A new security dialog has been introduced in 6u18 for installing signed Java extensions on a user's system. Java extensions are components described in JNLP files that are typically intended to be used by a large number of applications and applets.
The new security dialog is triggered by an application that references the Java extension in its JNLP file (by including it in the resources element). The security dialog will ask the user if they would like to install the extension. Once the extension is installed, it can be referenced by other applications without the need for asking the user's permission again (as long as it is the same extension from the same codebase).
The JNLP file of the Java extension must adhere to the following requirements:
- The JNLP file MUST contain a component-desc element that describes the Java extension.
- The JAR files that are specified in the resources element MUST be signed with the same certificate.
- The signer's certificate MUST contain an Authority Information Access or CRL Distribution Points extension so that the revocation status can be checked (via OCSP or CRLs).

# JSR-173 StAX 1.2 API Upgrade
* 6u18 includes an upgrade to minor revision 1.2 of JSR-173 Streaming API for XML (StAX) which was a result of Maintenance Reviews 2 and 3. You can find more details about these Maintenance Reviews in the JSR 173 Change Log.
* The StAX 1.2 upgrade maintains binary and source compatibility. Existing binaries compiled on StAX 1.0 will continue to run on StAX 1.2. Programs written to StAX 1.0 will continue to compile to StAX 1.2.
* There will be a minor behavioral difference if deprecated methods are used. In this case, there will be deprecation warnings at compilation. Other than these warning messages, the StAX 1.2 upgrade maintains behavioral compatibility.

# Ensuring Application and Applet Security when Mixing Signed and Unsigned Code
* Signed Java Web Start applications and applets that contain signed and unsigned components could potentially be unsafe unless the mixed code was intended by the application vendor. As of this release, when mixed code is detected in a program, a warning dialog is raised. Mixing Signed and Unsigned Code explains this warning dialog and options that the user, system administrator, developer, and deployer have to manage it. 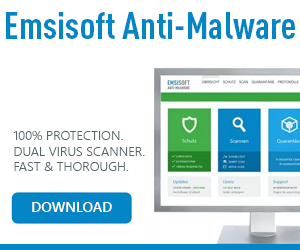