And otherwise I think even when your files are blocked, the same as before like police block ?. Start Mbab in safe mode remove the shit.
restart and hopla. Dont get paranoid by those jokers

Unlike other ransomware families, the WannaCry strain does not spread via infected e-mails or infected links. Instead, it takes advantage of a security hole in most Windows versions to automatically execute itself on the victim PC. According to various reports, this attack avenue has been developed by the National Security Agency (NSA) in the US as a cyber-weapon and it was leaked to the public earlier in April along with other classified data allegedly stolen from the agency.

Until now, a number of hospitals, telecom companies or gas and utilities plants have suffered massive disruptions caused by data being held at ransom.

As this ongoing outbreak is affecting countless computer users around the world, we are actively working on a free decryption tool to help victims recover their information without paying the ransom. Make sure to follow us on Twitter and Facebook to be notified when it becomes available.

Sandra schreef:Unlike other ransomware families, the WannaCry strain does not spread via infected e-mails or infected links

Sandra schreef:Unlike other ransomware families, the WannaCry strain does not spread via infected e-mails or infected links 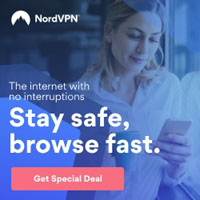